It's still very mild but getting awful wet in places after almost 100mm this month.
Even though there was still a fair bit of grass in their field, the big stores came back from Castleton Road today.
Unlike last year when we had a minor stampede back to the field and had to start over (oops), things went quite smoothly despite meeting 4 or 5 cars.
(Thanks to Keith and John for help)

The big shed isn't quite ready so I popped them in the calving shed for now, they have a low light in there which will help them get used to being confined again I thought,
Two of the big Lims are in calf and due December.

Posted by Westerdale at 22:41 No comments:

These three were about 11 months old and were weaned and kept inside since about 12 days ago.
Always a bit worrying getting them loaded as they can get in a right paddy, and are big enough to try deranged jumping stunts.
Gave them plenty of time firstly to gallop round the yard which they thought rather fun, then walk through the passage to the trailer almost on their own.

Prices were well up on previous years, they made just short of £1000 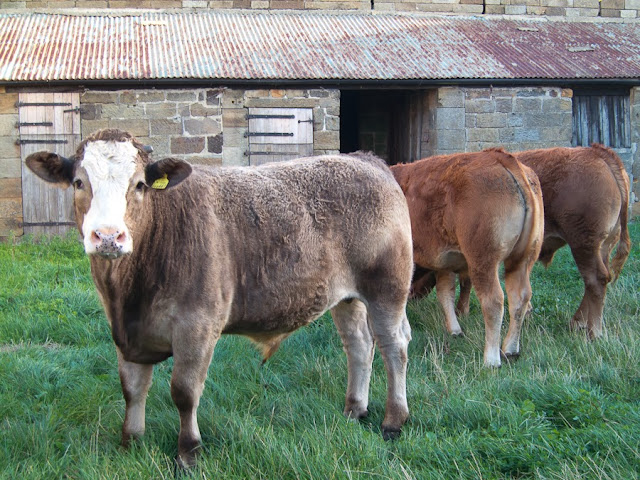 Robert Smith and helpers sticking numbers on - not mine. 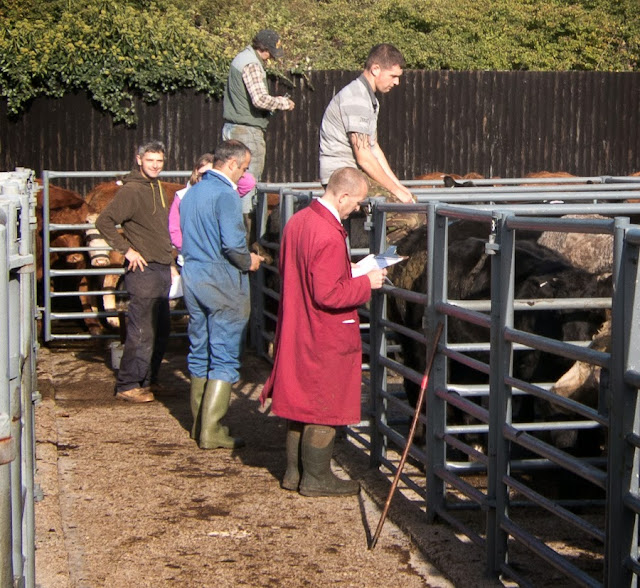 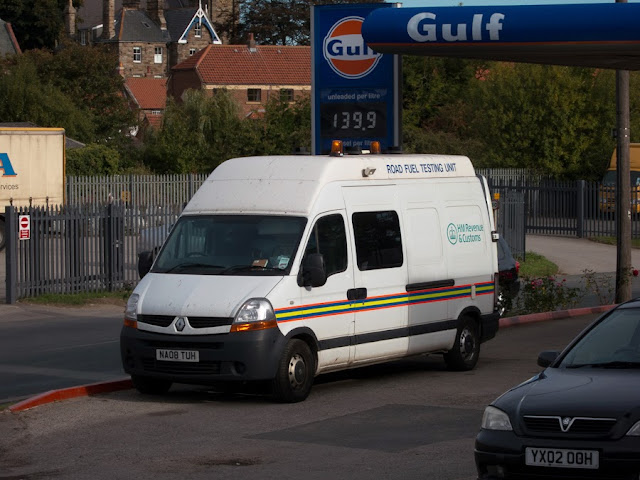 Posted by Westerdale at 21:29 No comments:

Should have got some pictures really, but the red clover sown in May and cropped in mid-August had got to the awkward stage of being rather too big to graze considering the bloat risk and temporary electric fencing required - but hardly enough to bale and wrap I thought.

Anyway last Sunday decided to cut it with the idea of baling it myself maybe 3 or 4 bales at a time and drop it in the feeders. However the best bits seemed heavier than expected, and we had two good wilting days so asked Paul Houlston if they were anywhere near with a baler - and it turned out they would be at Danby on Wednesday anyway, so not a big problem to do only a small number of bales.

So that got done Wednesday morning and as I guessed there was just a dozen bales on about 7 acres!
Still worth having since it looked quite good stuff considering how late it is.

Shortly after they finished there was a sharp shower then much cooler showery weather continued overnight, so really pleased it got tidied up.
Posted by Westerdale at 21:19 No comments: